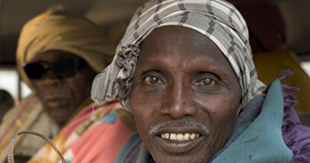 I’d like to highlight the work of a remarkable woman doing remarkable work. Dr Lucy Mathen founded the charity Second sight which has been helping restore sight to blind people for the last 18 years in Bihar, India. The charity has already cured 380,000 people with preventable blindness, but they are daring to reach higher

The sight charity SECOND SIGHT has won two prestigious awards for its work  - from the British Medical Journal (2012) and, most recently, from the Association of Optometrists who named them Charity of the Year 2019 . It's easy to see why this small, low profile charity, is now receiving the attention that it deserves. They have a formidable track record.

Second Sight have been working to restore sight to blind people for the past 18 years. And in the worst region of the world for curable blindness-- the impoverished state of Bihar in north-east India. They have been working alongside ophthalmic teams all over Bihar, training doctors and paramedics and setting them up to continue as self-sufficient and sustainable community eye hospitals in the future.

Mindful of the dire poverty of most people in Bihar, the charity has always had a no salaries, no office, no expenses policy. Every penny of donated money quite literally cures the blind, paying for the full cost of cataract surgery and after care, as well as food and accommodation.

In the year 2000, when the charity began, India had a good number of ophthalmologists even for its huge population. However, the vast majority worked in the big cities. Meanwhile 80 per cent of blind people lived in the rural areas, and most of these in just a few impoverished states like Bihar. So Second Sight was launched - visiting eye surgeons, all volunteers, travelled to Bihar and cured the blind at hospitals where the surgeon was the missing link.

Founder-opthalmologist, Dr Lucy Mathen states 'Curing the blind is fantastic in itself. But there was always a dual aim - to establish eye hospitals run by, and for local people and able to offer the full range of ophthalmic services.'

18 years on, the charity has restored sight to over 380,000 people and prevented blindness in countless others. They are currently funding surgery for over 40,000 blind people EVERY YEAR. The significant factor is that the operations are now all done by highly skilled eye surgeons from Bihar itself and supported by trained, local ophthalmic assistants

The charity is on target to achieve its complementary aims - to eliminate the backlog of blind people in the areas in which they work, 'to clear the waiting room,'  and to hand over to the Indian teams by 2020 end.

Dr Mathen states : 'It is respect for local initiative and freedom from time-sapping bureaucracy that allows local teams to flourish. They will provide the long term solution to blindness in Bihar.'

Second Sight are so close to achieving their ultimate goal but can only do so with your help. To find out more and donate click here. 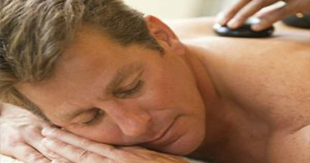 vamtam-theme-circle-post
 Category Embodiment Works
For all you lovers of massage out there, looking to legitimise what is oft perceived...
Read More 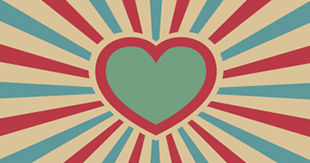 vamtam-theme-circle-post
 Category Embodiment Works
As a single person Valentine’s Day can be a bit of a drag; going to...
Read More

vamtam-theme-circle-post
 Category Embodiment Works
It takes a lot to be able to enjoy time, as most of us are...
Read More

Resourcing in difficult times